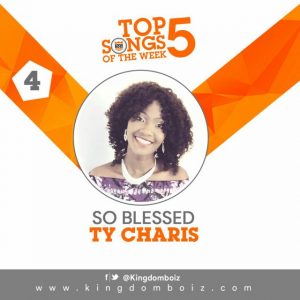 After Posting on Kingdomboiz.com, the song So Blessed began to spread like fire. Blogs began to pick it up and today there are responses and contacts made as a result of the song. The song also became the 4th Top song of the week in the month of January 2017 on […]

Jesus is My Essence